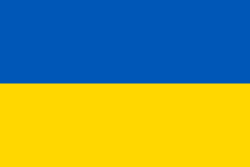 UAWC stands with Ukraine and its peopleJoin us

Managing multiple campaign budgets is usually a long and complicated process. Allocating budgets between each audience may take a lot of time and you can never be sure that all decisions are 100% correct. That is why there are a lot of tools that can help you to do it right: AdEspresso, Qwaya, AdStage, Adynamite, and others.

CBO is based on the AI machine learning algorithm and aims to simplify the budget managing process and make it more effective for advertisers. The main idea is that the use of CBO helps to control how much budget should be allocated to each ad set. Consequently, the campaign management process becomes simpler and quicker. Instead of having to allocate the budget manually, CBO does it for you. So, let’s take a look at how to use this option!

Campaign budget optimization can help you to find the best opportunities with the lowest cost across your audiences, while using your specific budget and bid strategy.

CBO is a Facebook option that manages your budget and reallocates it between ad sets to get the best results within the campaign. This means that you set only one budget on the campaign level that is automatically distributed between ad sets in real-time. Take a look at the comparison of campaigns with and without the CBO option in Figure 1.

So, how does Facebook allocate your budget between ad sets? The CBO algorithm may not spend all your budget equally for each ad set. The amount spent directly depends on the performance of the ad set: Facebook spends more on ad sets that perform better and less on underperforming ad sets.

You can see this in our example (see Figure 2): Facebook spent more on the ad sets that delivered better results. This is the essence of how you can get the overall best results using CBO.

Figure 2 – Example of the budget allocation between ad sets.

Consequently, when you use campaign budget optimization, it is important to check the results at the campaign level, instead of the results of each ad set.

The main step to receiving the best results when using CBO is a well executed set up process. To help you with this, we have prepared a short check-list for CBO set up:

3. Create your ad sets and ads

Note: the amount of the budget you define can be chosen as either a daily budget or a lifetime budget. You can schedule the launching of your ads if you need to. CBO works even if your active ad sets have different start and end times. Also, you can set up the ad set spend limit in accordance with your goals.

By testing many different hypotheses, we built a list of best practices for CBO implementation, and we want to share it with you:

We achieved very good results within the campaign using the CBO option. The main idea was to scale our clients’ ad campaigns by reaching a colder audience. One of the scaling strategies we used was the CBO campaign with five different broad ad sets, including lookalike, interests, and others.

The total campaign ad budget was 1000 NOK and each ad set had a 100 NOK daily spend limit. For this test, half of the ad set budget was set up manually, and the other half of the budget was set up by the Facebook algorithm. As a result, we significantly scaled the clients’ results with the highest ROAS at the lowest cost.

The CBO is recommended if you want to remove the heavy burden of managing the budget for advertisers and requires less manual work. However, sometimes, the automation of certain features on the Facebook platform might not be effective for everyone. When you are first starting with CBO scaling strategy, make sure that you do not use more than 15% of your total budget and try not to jump to conclusions. Maybe, this feature might become mandatory for your business, which can completely change how you create and scale your Facebook ads campaigns.

Now you understand the main points for using the CBO option. Have a go and try the CBO option in your campaign and build your own experience of best practice!

Get useful tips about scaling your business!